Results for Round 17 (over to you Jase)

Results for Round 17 (over to you Jase)

Bangers 379 d Wolves 284
Hamish Hartlett the new Bangers star has they overwhelm the Wolves. Wolves not helped by having a total of three marks, three tackles and three goals in their specialist positions.  Btw, Bangers, Bartel was insipid today. Get rid of him.

Terriers 346 def by Tigers 393
All over after Thomas kicked six and Trengove had twelve tackles.  Pendles and Roo still flying the Terriers flag but two eggs instead of goals did not help one bit. Oh well, I had a good run AND I saw Adelaide win today. Btw, Terriers, Podsiadly was useless today. Get rid of him.

Vipers 397 def by Gladiators 449.
Ohh, that's gotta hurt.  90 tackles points and a huge game from Gazza (and Redden and Barlow) saw the Gladdies leap back into the five.  They just need to hold phat and they will play in the finals.  Btw, Gladiators, Hannebery is finished. Lose him...to me!

Maulers 361 def Warthogs 350.
Nice cameo from Chris Masten and Armitage saw the Maulers over the line despite a 99 point (and three One Heart Medal point) game from Selwood.  Mauler coach might have to move Henderson into goals - at least until Waite comes back.  Btw, Warthogs coach. Porplyzia was catatonic today. Bury him.

Mustangs 359 def by Ridgebacks 412
Joshua Kennedy, Leigh Montagna AND Dane Swan carried the Ridgebacks to victory here.  The rest of the team are looking a bit dodgy as we head to the pointy end of the season. Mustangs need to find goal-kickers although I think the horse has bolted. Btw, Ridgebacks. Kelly was slow today. Pension him off...

and then again, I've just who is playing whom next week.

Im not doing the heat chart or stat categories tonight. Not in the mood. 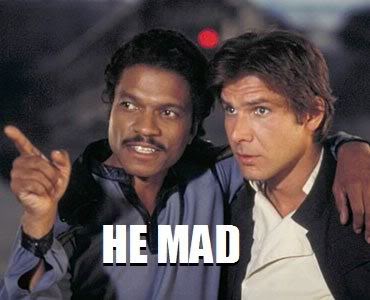 There looks to be a high likelihood that you will play Gladdies in week one of finals in a 'cut-throat' elimination too Jase?

Interestingly, Vipers are 9-8 versus Gladiators this year. Should be interesting. Those rounds where I went AWOL may have cost me a spot or 2?

Jase: I have the 3rd highest Ave for and am still not certain to make the 5.

As an outsider looking in, a Glads v Vipers elimination is mouth watering...deliccccioussss.

Page 1 of 1
Permissions in this forum:
You cannot reply to topics in this forum
Current Round
Current Scores
Who is online?
In total there are 2 users online :: 0 Registered, 0 Hidden and 2 Guests