Gladiators 405 def Maulers 355
Dominant display by the premiership favourite especially in All Star where One Heart Medalist-elect, Jack "I'm" Redden led the charge, supported by the irrepressible Matt Priddis. Maulers live to fight another week but will need to carefully select their All Stars next week. Who to pick? Rioli v Carlton? Cloke v Brisbane? Thompson v Gold Coast? O'Keefe v St Kilda. I asked the magic ball and this is what it said: "You have a reputation for being thoroughly reliable and trustworthy. A pity that it's totally undeserved." Harsh, very harsh. Irrelevant as well, but still harsh.

Vipers 431 def Ridgebacks 402
This was a mighty tussle all weekend. In the end the HGA, Bryce Gibbs and Clinton Jones were the main differences. Shaun Higgins must be shaping for the chop at Ridgeback land. Still the Ridgies have a second chance...I wonder who that is against? Again, consulting the magic ball for the Ridgies, it says: "You must be careful now to end the ceremony properly." (I must get my money back on this stupid ball). Vipers can now rest their players - for Gibbs and Murphy, that's a two-week rest. Hmmm, should be an interesting preliminary final.

Bangers 404 def Raptors 325.
Brent Stanton is now a Terrier. I have witnesses that can attest to this. Banger said that if Stanton 100 points or more twice in one year, he would give me Stanton. Anyway back to reality. Good win by the Bangers after last week's shock loss. Big games from Betts, Smith and Stanton helped smash the rebuilding Raptors. What does the magic ball say about the Bangers: "You will be reincarnated as a toad; and you will be much happier." Deep, very deep and surprisingly accurate.
Au revoir, Raptors. No doubt you will be about the mark in 2012.

Well done to the finalists. Warthogs were seen playing with themselves on the weekend (sic) we scored 425 points led by Cassidy and selwood getting 25 tackles farewell Barry hall with six goals and the best disposals all year. Ah well it is just a fantasy when you finish tenth 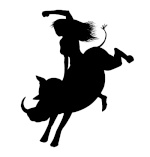 Oh, dear.
Hold back the posts - your jamming up this site!

So next week it's Ridgebacks v Terriers
and Maulers v Bangers.

That is bullshit Gerry. You told me you weren't happy about Macca calling you a part of the side act.

gerry wrote:Oh, dear.
Hold back the posts - your jamming up this site!

Personally im still in shock of winning my first ever final. I honestly didnt expect to get through that game with a win. As I have stated on numerous occasions, Ridgebacks are a great team.

Will make for an interesting few weeks though. this week we have last years premiers vs a perenial contender. And then the winner of that game plays this years favourite in Gladiators. buckle up kids this is gonna get bumpy.

On the other side of the bracket Bangers vs Maulers will be interesting with Geelong having the bye. It looks like it might not be Bangers year, just like its not my year with Carlton having the bye for our prelims.
_________________
2014 Premiers
2014 One Heart Medalist - S. Selwood

Way too nice Jason. I need to hear your very best trash talking otherwise you run the risk of being barred from the site. Cheers.

gerry wrote:Oh, dear.
Hold back the posts - your jamming up this site!

Personally im still in shock of winning my first ever final. I honestly didnt expect to get through that game with a win. As I have stated on numerous occasions, Ridgebacks are a great team.

Very patronising. Are you saying that Macca is a shithouse coach of a great team?

Why don't you just say it?
You had marked yourself down for a win a week ago.
Don't get all mushy now that it has come true.

BTW Macca. Welcome to the sideshow!

Ahh Gerry this is the 2nd time you have tried to turn my words around.

Read into what I said all you like, but I am an honest operator and take little enjoyment from beating someone in the finals when they score over 400. Thats a cruel way to lose at the best of times.

Jason wrote:And then the winner of that game plays this years favourite in Gladiators.

..get your facts straight, son.

That doesn't sound great for you Croz. You know how Pez loves to give you a pasting in the finals. Then he has cheek to tell you all about it.

Page 1 of 1
Permissions in this forum:
You cannot reply to topics in this forum
Current Round
Current Scores
Who is online?
In total there are 3 users online :: 0 Registered, 0 Hidden and 3 Guests